With the bad rap that the liberal left in America is generally heaping on the police in this country, it might be useful for the mainstream media to pay some attention to the hostage situation in Sydney, Australia which fortunately has been resolved with minimum injury.The alleged hostage taker, one Man Haron Monis has been captured and his captors released.

“Monis has long been on officials’ radar. Last year, he was sentenced to 300 hours of community service for writing offensive letters to families of soldiers killed in Afghanistan. He was later charged with being an accessory to the murder of his ex-wife. Earlier this year, he was charged with the sexual assault of a woman in 2002. He has been out on bail on the charges.”  (AP – Kristen Gelineau).

While Australian authorities are downplaying the hostage taking as a “one-off” event, during the course of his occupying the Lindt Coffee Shop, apparently Monis forced several of the hostages to hold up the Islamic State flag within the store, inscribed on which is the Shahada, the first of Islam’s Five Pillars of Faith and required that other of the hostages stand in the window of the store with their hands up in the symbol of surrender.  Is this merely a matter of “shopping center violence” or is there something deeper going on here?

Fortunately, the police were successful in defusing the situation.  But I couldn’t help think, what if, (God forbid) this situation had occurred in the United States and Hillary Clinton were president (double God forbid).  Given her “enlightened and progressive” views and worldview and her recent statements, this situation might well have been handled in a different manner:

The fundamental problem of the left in characterizing the Ft. Hood shooting, the beheading of the innocent woman in Oklahoma and countless other tragedies is that if you refuse to recognize the reality of what your enemy is about, it is impossible to deal with defeating that enemy effectively.  This applies not only to radical Islamists but to the situation in our inner cities where black on black violence continues unabated and where the focus of the “race mongers” including President Obama and his Henchman in Chief,” Al Sharpton, want to deflect from the real problem and focus our attention on “police brutality” and racism.

I suspect that when the hostages in Sydney were rescued from their captor, thanks to the Aussie SWAT team that liberated them, they probably cried out, “Hands Up, Please Shoot – the hostage taker” 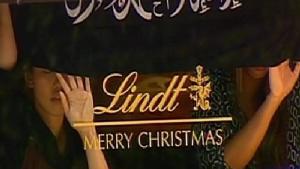